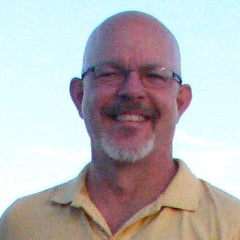 I solemnly charge you in the presence of God and of Christ Jesus, who is to judge the living and the dead, and by His appearing and His kingdom: preach the word; be ready in season and out of season; reprove, rebuke, exhort, with great patience and instruction. For the time will come when they will not endure sound doctrine; but wanting to have their ears tickled, they will accumulate for themselves teachers in accordance to their own desires, and will turn away their ears from the truth and will turn aside to myths. But you, be sober in all things, endure hardship, do the work of an evangelist, fulfill your ministry. 2 Timothy 4:1-5 NASB

I was sitting outside a restaurant in Brea, California in November of 1997. I had flown to California for some training for my new job in Virginia. I had lived in California from 1983 until 1997. When I found out I was going back for a week I decided to call two of my closest friends to see if they would like to have dinner. They said sure and I was waiting on them.

I had been diagnosed with type 1 (insulin dependent) diabetes earlier in 1997. I found out by nearly dying from it. I am still not sure how I did not die – actually the reason I didn’t die is because God didn’t want me to die. Anyway, back to my evening in California.

I sat outside the restaurant waiting on my friends to arrive. I had mixed my insulin for my evening dose, which I would take when we sat down to eat. The timing of one’s insulin dose is important so it is peaking when blood sugar after eating is peaking. I was gently rolling  my syringe between my fingers to warm the insulin (my insulin was stored in a cold pack. Injecting cold insulin is not a fun experience). I could not believe what happened next.

A young man came up and asked me if he could sit next to me. I said I didn’t mind. He sat down and introduced himself. I don’t remember his name but I do remember him. He looked at me and began a conversation.

I responded “My addict-”

Before I could finish he jumped back in saying “I see the syringe in your hand. I know what you are going to do. I’m here to tell you that you don’t need to do this.”

I smiled, figuring he mistook my insulin for some kind of illegal drug. “You don’t understand.” I said.

“Yes I do” he protected. “I was once addicted too but God delivered me and He can deliver you too.”

“Wait, wait. You really don’t understand. I need this to live.” I said.

He replied “I said the same thing when I was nailing up [slang IV drug users sometimes use to describe injecting heroin]. But I’m here to say, you don’t need that drug. You need Jesus.”

Well this little disagreement continued for a few more minutes until I finally said “Dude, I’m a type 1 diabetic This is insulin. See, I have a prescription for this [showing him my insulin vials]. I’m a Christian. Been one since December 2, 1984.”

He grimaced a bit. He looked sheepishly at me and apologized for his mistaking me as a drug addict. Before he could finish his apology, I stopped him and thanked him for his boldness. We talked a few more minutes, I assured him I wasn’t offended by his conduct but encouraged by it. I thanked him again for being willing to share Christ with a stranger apparently in need.

I wonder how many of us – me included – are willing to risk embarrassment like this young guy did? Are we willing to share Christ with anyone we see, risking we may share with someone who is already a Christian? Or maybe we are worried the person we share with will be openly hostile to the Gospel. Whatever our fear, we need to get over them and share Christ to all who cross our paths – yes, that includes those e disagree with on silly issues like politics.

People around me may give me flack for sharing the Gospel. They may laugh at me for believing it. Because I am a Christian, I have not received promotions and being a Christian contributed to my losing one job. I chose not to sue or strike out against that employer because I feel like that kind of treatment is part and parcel of being a Christian.

I don’t want to live a life that is camouflaged. I don’t want people to wonder if I belong to Christ or not. My life – all aspects of it – should preach the Gospel.

In doing this simple thing, we can be assured that we will live a life well-lived, regardless of the bumps along the way. And maybe, just maybe, we will meet someone on a bench and bless them with our boldness and forever leave a mark on them.